Do you want to get involved?

By helping residents achieve their life projects, we are helping to realize the full personal, family, professional and civic potential of all these women who have made the choice to take charge of themselves to ensure themselves and to their children, a better future.

Thank you very much for your support!

Villa Pierrot is a non-profit organization seeking to improve the living conditions of moderate-income single mothers with children aged under five living within the Memphremagog RCM. Villa Pierrot provides a transitional living environment and personalized support for mothers to achieve their life projects.

Portrait of the villa 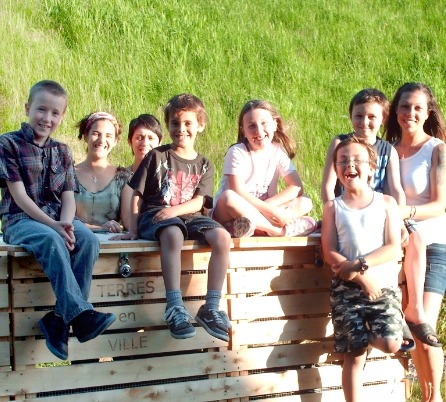 Mothers
and their
children

In 2005, the Centre de la Santé et des Services Sociaux de Memphrémagog revealed the extent of the single-parent situation and its main implications on the territory.

Two years later, in February 2007, the Villa Pierrot was established as a non-profit organization (NPO) on the social and professional integration of young mothers living below the poverty line in the Memphremagog RCM. The first meeting of the Villa Pierrot foundation was held in April 2007. An investment of $2.1M was made through the participation of public and community partners.

Since its official opening on May 1, 2009, the Villa Pierrot team has developed tangible expertise in assisting and supporting young single mothers in need on the professional, family, and personal levels. Today, more than 93 mothers and their 135 children have benefited from skills acquired during their stay.

Based on a recent survey with our clients, partners, and the local community, our services are obviously making a true difference in these mothers’ lives.

In fact, 100% of former Villa Pierrot residents have confirmed that their living conditions improved and would recommend the organization to any single mother!

Every day, Villa Pierrot’s small and wonderful team oversees the smooth running of the organization and cares for mothers and their children.

The Board of Directors oversees the proper management of resources and the achievement of the organization’s mission, i.e. reinforcing the independence of single mothers. In keeping with its participatory management approach, it is composed of 8 members, including 3 residents and former residents of the Villa Pierrot and 5 members of the community. The Board of Directors works together with the staff, volunteers, and residents to build a creative, dynamic living environment characterized by mutual aid.